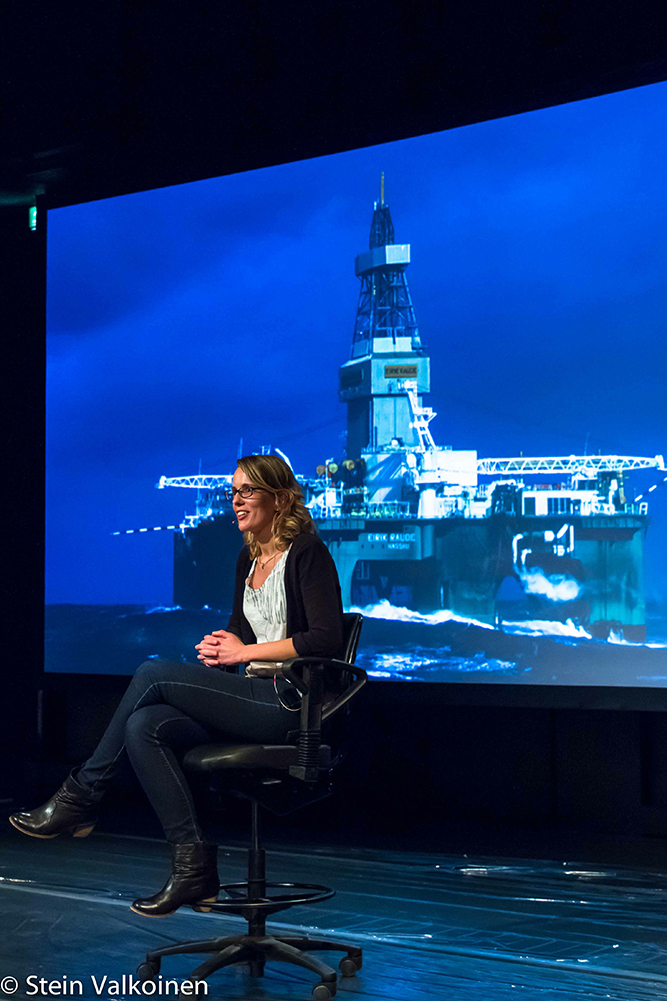 By Kristina Junttila and Kristin Bjørn

Welcome to the battle for the wild Arctic!

As the polar ice caps shrink we prepare to adopt the «new country» to our purposes. Apparently the battle is between those who will protect and those who wants economic growth. Are there also other battles going on? What are the scientists’ role in the battle for the Arctic? The knowledge production is enormous. However, more knowledge does not necessarily give better insight. Who has the power to reach the media and explain the context? And what is ours, the average newspaper readers, relationship to new knowledge? Which picture of the future of the Northeast Passage do we choose? Or are we choosing at all?

Scientists and actors meet on stage in a form characterized by the TV medias entertainment news. With the theater’s own Peer Gynt as a guide, we ask in the east and west and open the doors for the Northeast Passion.

The Northeast Passion is part of Researchers’ Night. Researchers’ Night takes place every year all over Europe. In 2013, these popular science events are happening on Friday 27 September in about 300 cities located in 35 European countries.  Researchers’ Night offer behind-the-scenes guided tours of research labs that are normally closed to the public, interactive science shows, hands-on experiments or workshops. Multiple views are being planned.