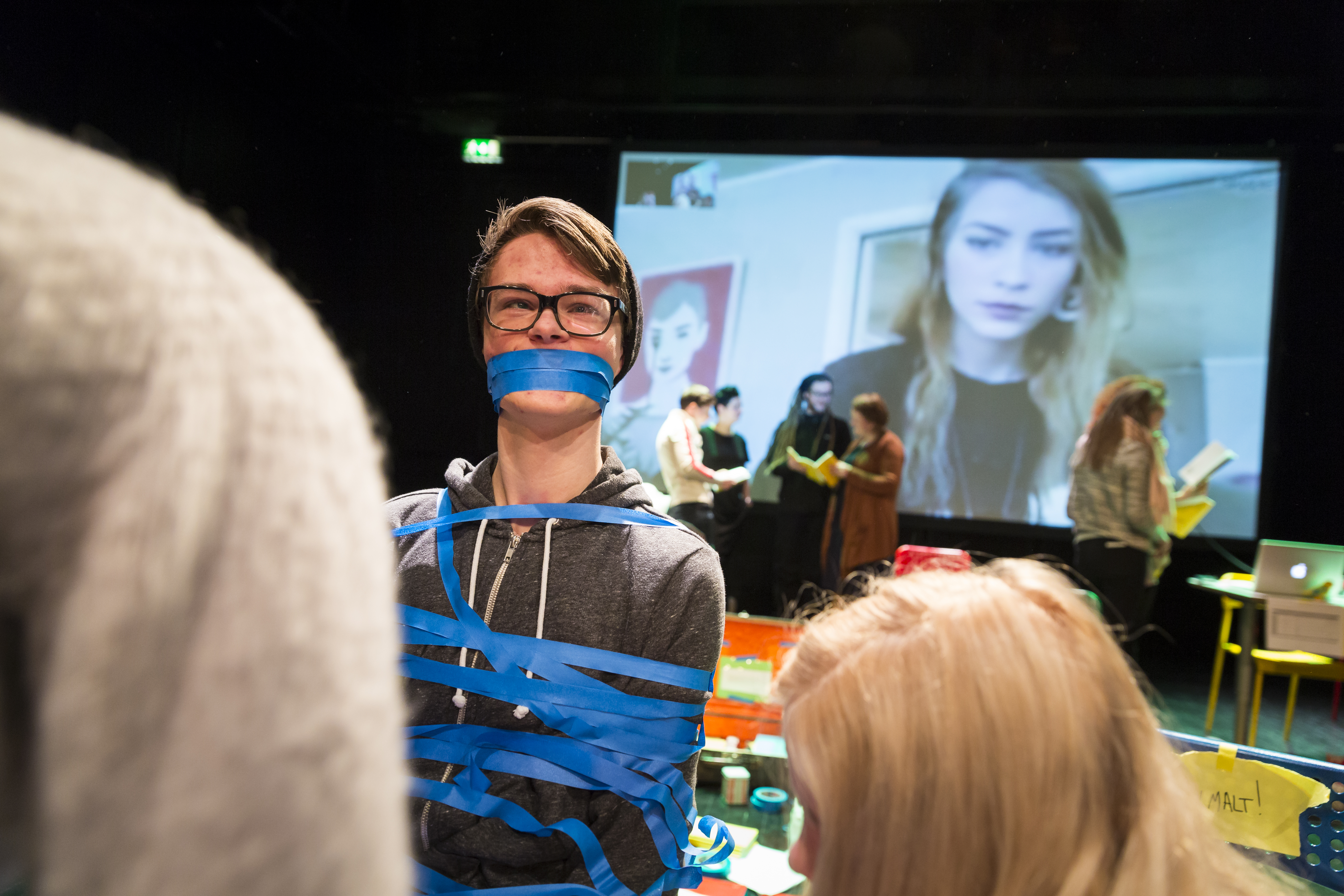 The sentence all parents fear, all teachers hear about and many youth suddenly just HAVE TO say.

But, what happens before one decides to quit?

For some, putting make-up on in the morning simply takes time. Others love sleeping. Some just find school boring. We all have our reasons.

SNAKK FOR DEG SJØL – TALK FOR YOURSELF is an event trying to figure it out, where youth can talk for themselves. More than 400 youth participated in writing workshops with Rulleramp during the Autumn 2014. The texts written by these young adults are the starting points for the event.

This is a unique project, causing attention in the educational community both nationally and internationally. We look into drop-out problematics in new ways. We take the youth´s texts to the stage. The theatre becomes an important player in a public debate.

“Snakk for deg sjøl” is a performance with stories, disruptions and break. It is the class you´d never drop out of. 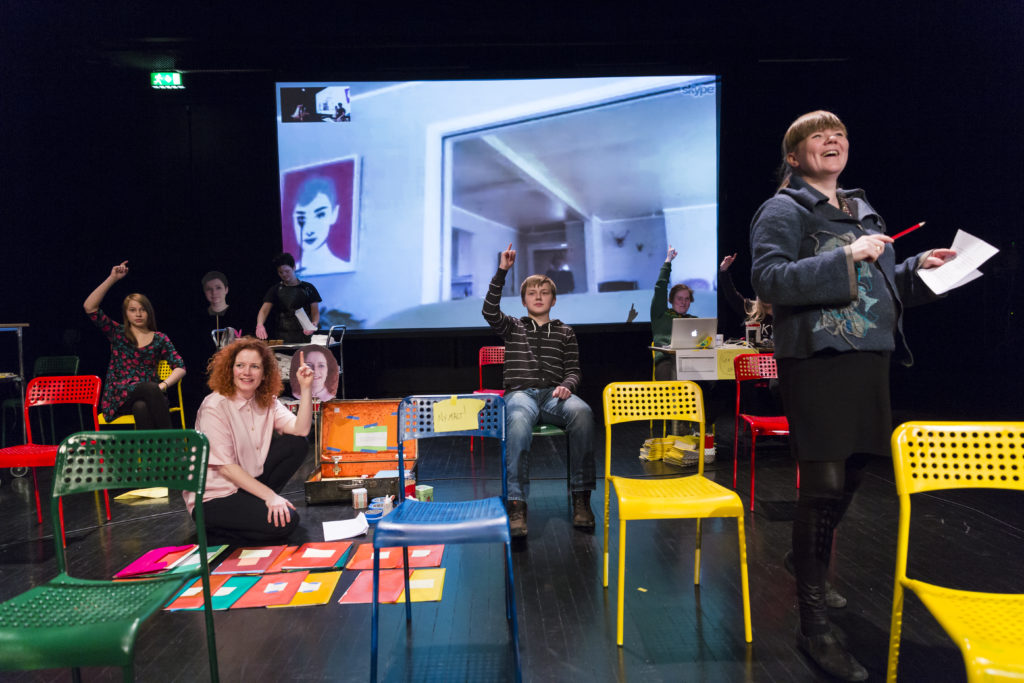 “All the countries secondary schools should open up their eyes to this performance!(…)The multifaceted stage image creates various possiple inputs for the audience and can be considered to be the theatre´s response to the school´s “customized training”. The performance puts a critical light on today´s major societal challenge of 1/3 of the youth not completing high school. But Liabø and Junttila occupies a bemused, not judgmental perspective.”

“Thank you to the youth who speak. And to the artists for the resilient framing. Get it on all school schedules now! Leave it there!”

Snakk for deg sjøl was made by Rulleramp in cooperation with: