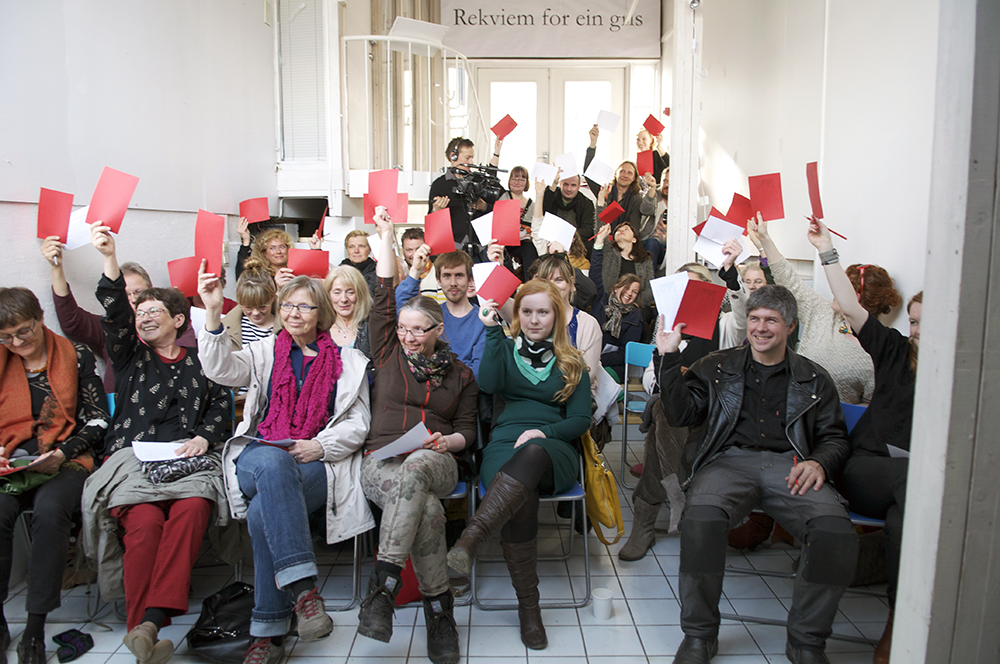 Who is Finnish is a performance in three parts about language fixation and the uncontrollability in being multilingual. It also questions whether  Kristina Junttila is Finnish or Norwegian…

The first part of the performance is a short drama based on interviews with Finns and Finnish immigrants in Northern Norway. Two Finnish and one Norwegian actor challenges us with typical characteristics, such as long Finnish silences and Norwegian nodding.

The second part presents a linguist’s professional knowledge of multilingualism. For example; how many seconds delay is normal before responding to another person in Finland?

In the third part, we get to know Kristina Junttilas biography. Seemingly, she moves effortlessly between Finnish and Norwegian. She has always been told the blessings of being multilingual; she is born to comprehend more of the world´s complexity, and will become senile later than the rest of us.. But a person´s language is as personal as her body, and occasionally not mastering Norwegian or Finnish perfectly feels like a defeat. 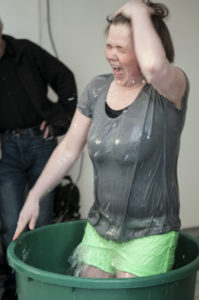