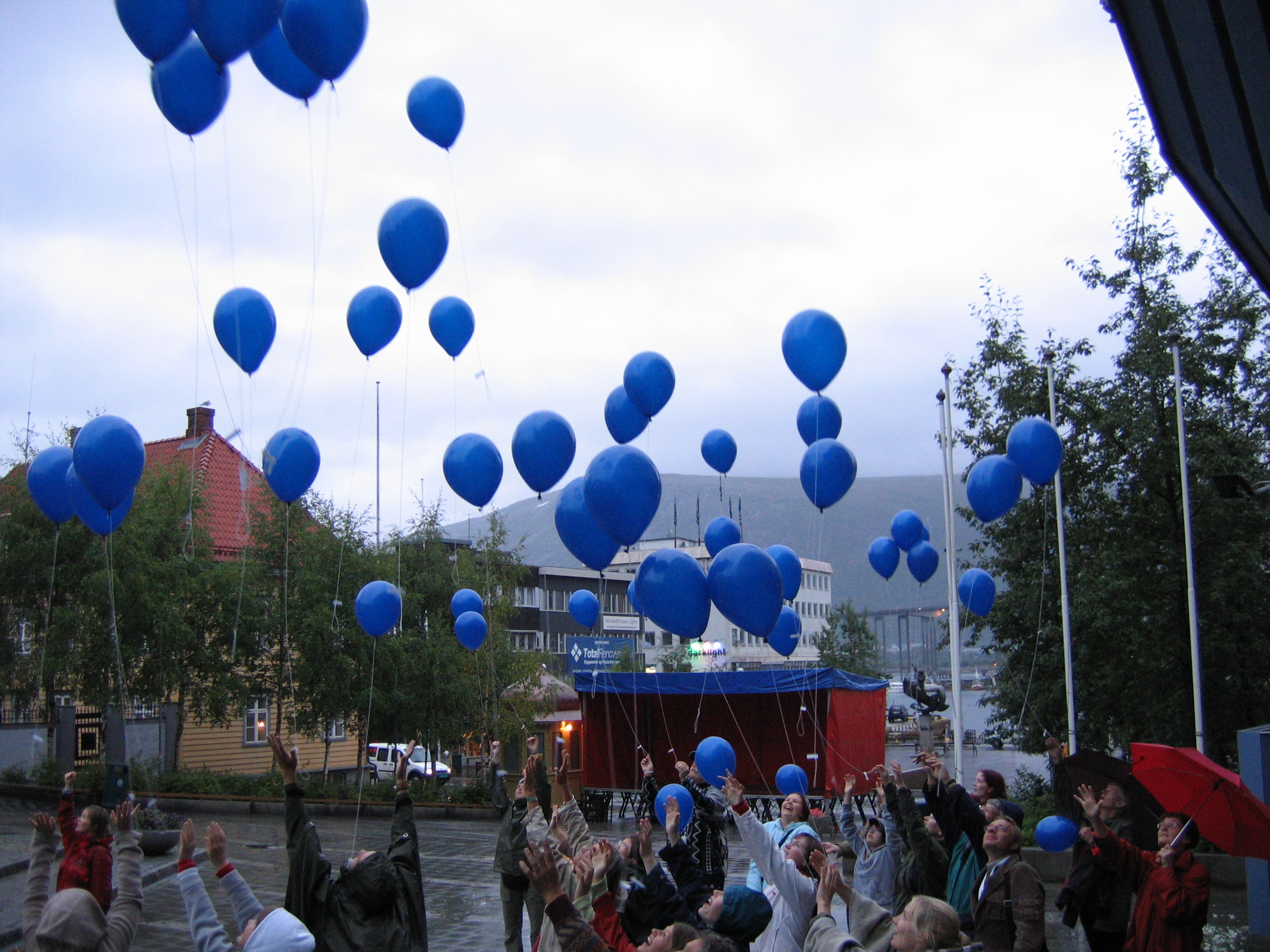 If you had ten minutes break from where you are now, and you could do anything, what would you do then?
I asked this question to people at different work-places. On the basis of this I gave audience the possibility to experience five of these dream-breaks at different times and locations: 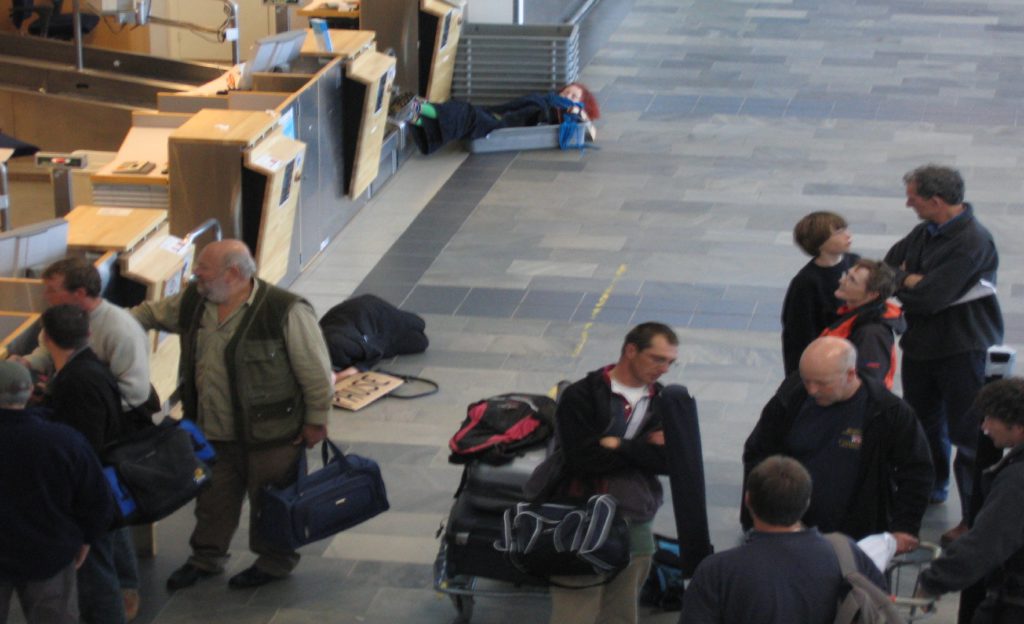 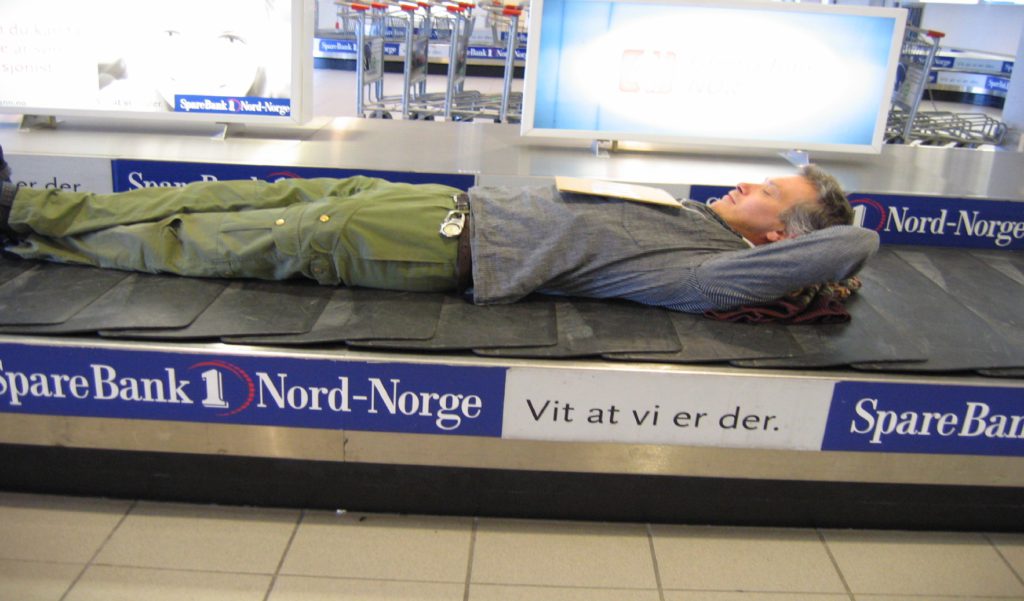 All around the airport, people were sleeping with a sign on them that said break. 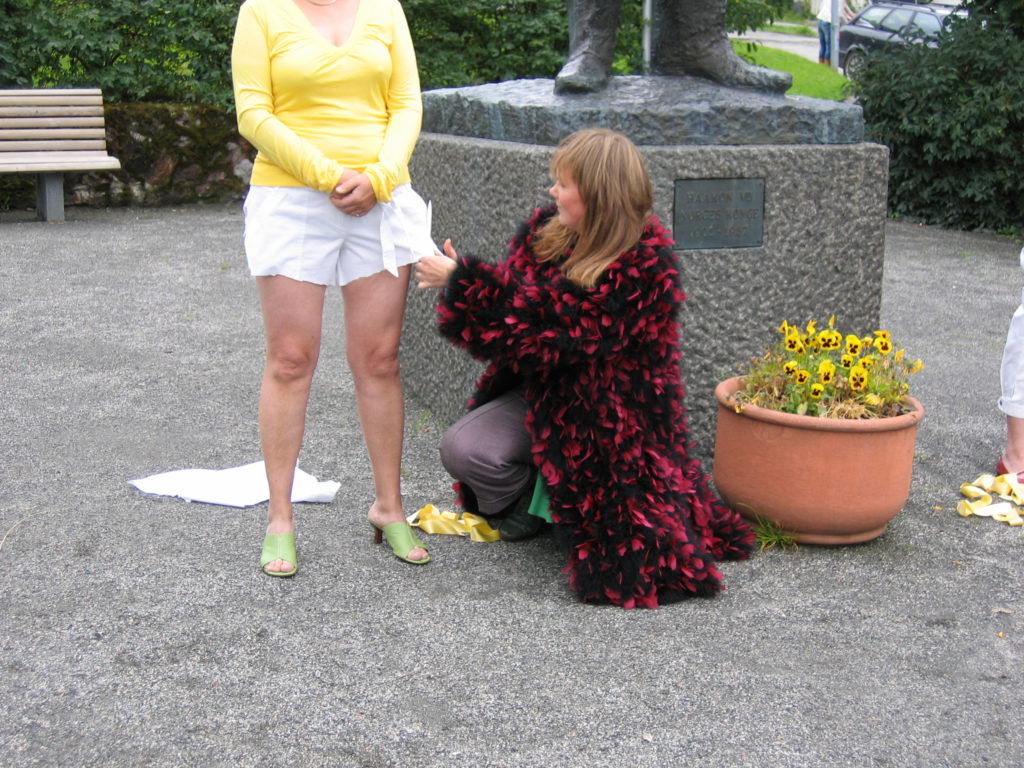 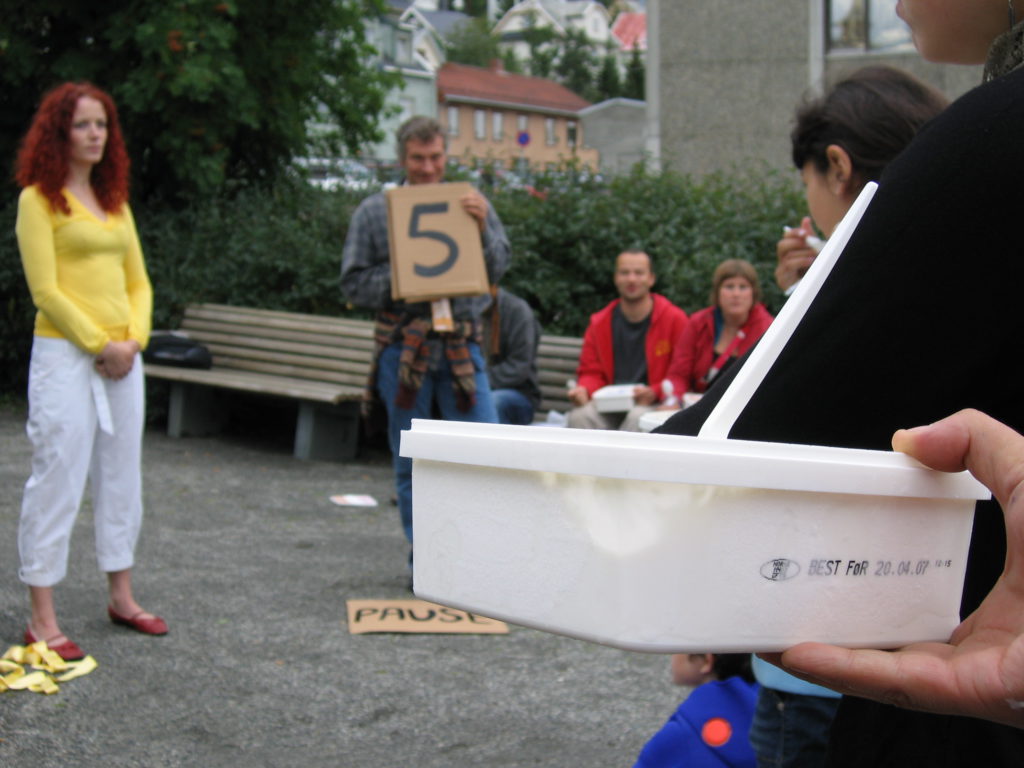 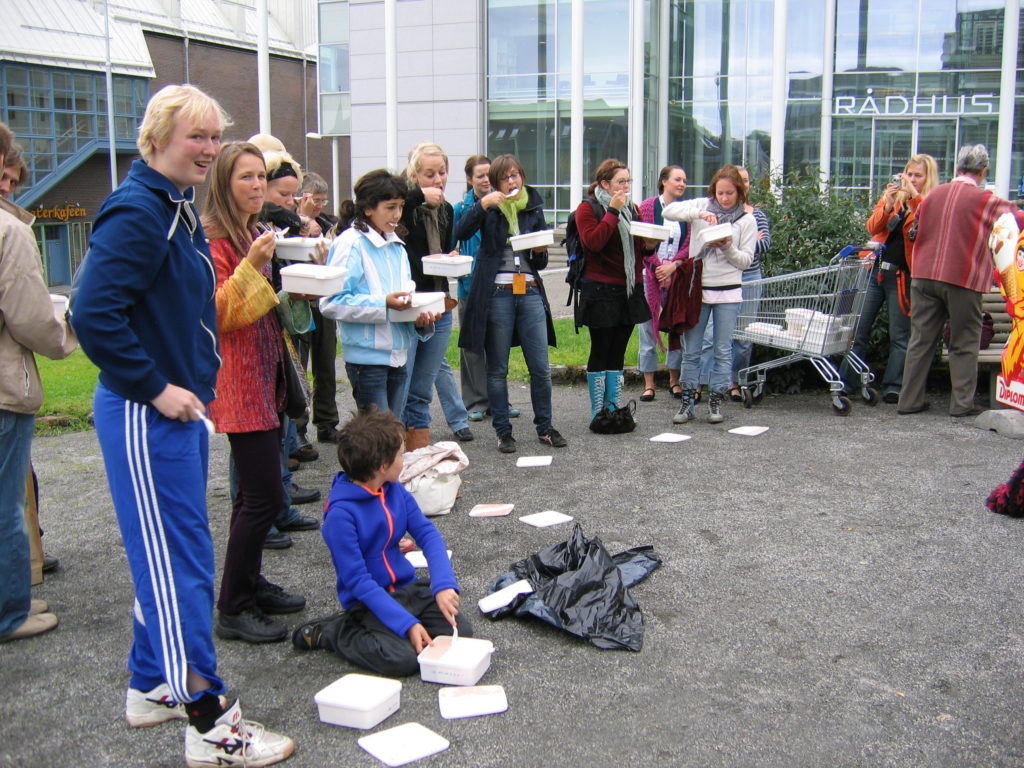 “WATCH WOMAN WITH FEW CLOTHES AND EAT ICE CREAM OUTSIDE”

Place: Rådstuaparken, small park in the middle of the city with a statue of the King

Audience could eat as much ice-cream as they managed in ten minutes while I cut the clothes of two women with scissors. The leftovers of the ice cream were thrown after the performance.

Can one persons dream become somebody else’s nightmare? 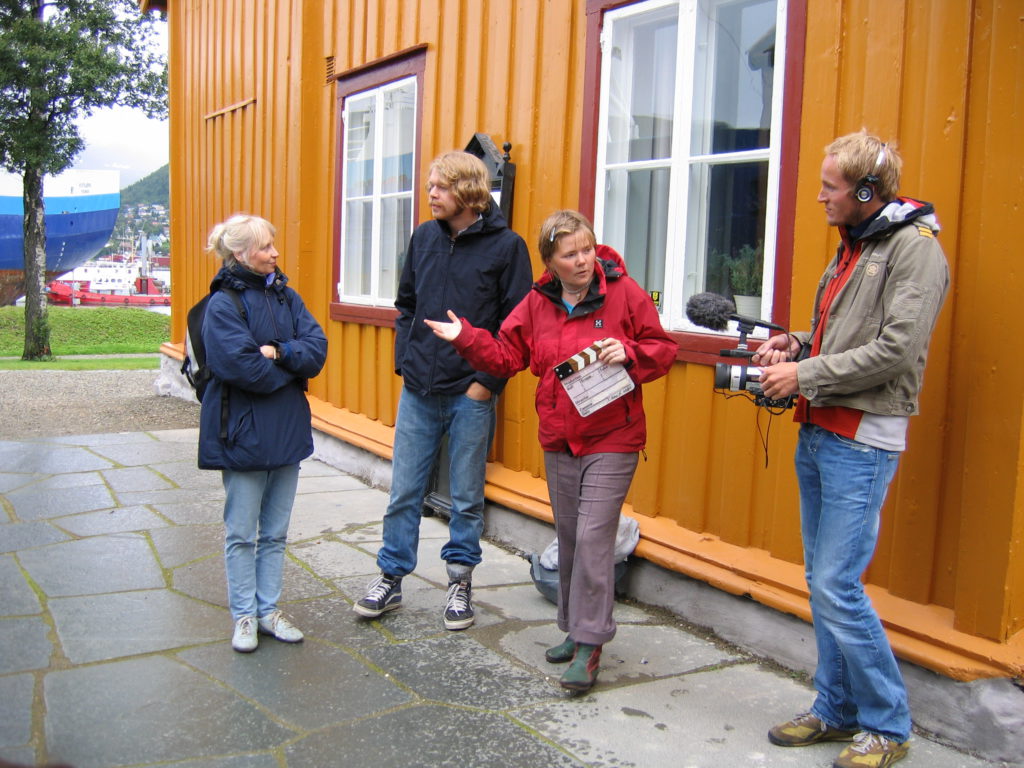 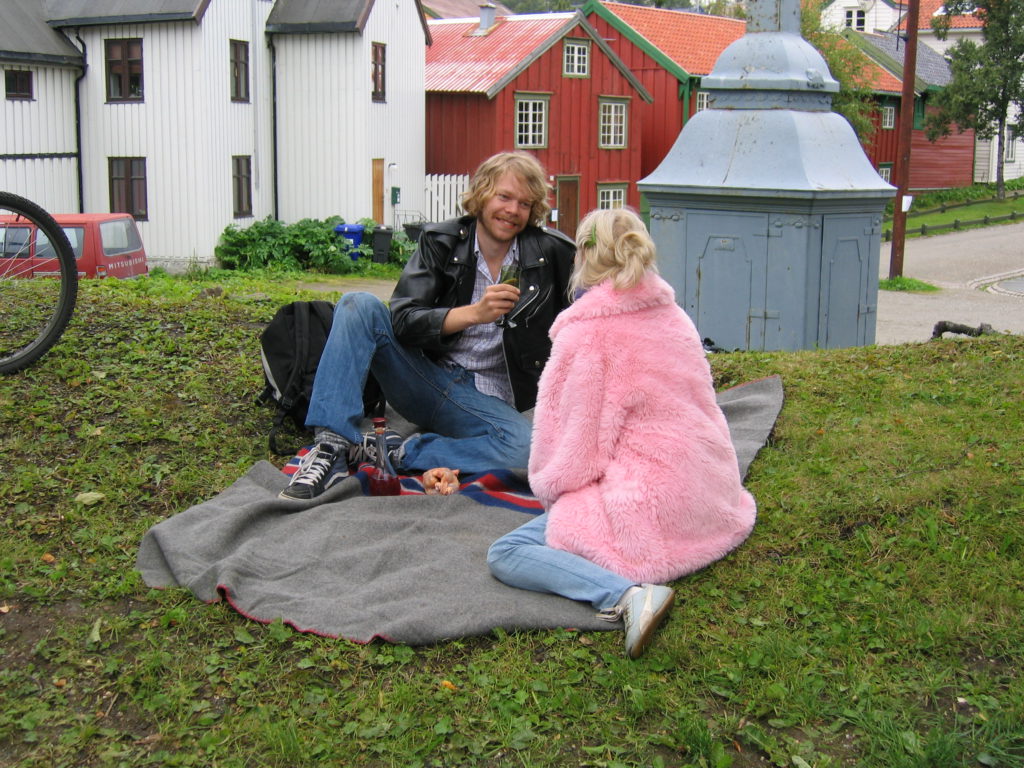 I let two people from the audience become movie-stars by giving them a role in a movie, filming and showing it on wide screen. The movie script was made by famous quotes from movies. There was pop corn for the film showing. All in ten minutes. 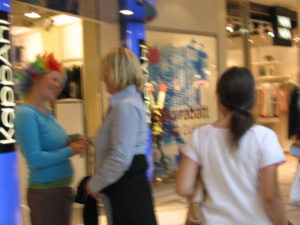 “GO AND BUY A WINNING TICKET AND WIN MILLIONS!”

Place: Nerstranda, a modern shopping centre in the middle of the city.

I asked people if they thought time is money, and if they answered positively, I gave them a “Lotto-ticket” and said I hoped they won time.

If time is money, do we give ourselves a break when we get unexpected money? 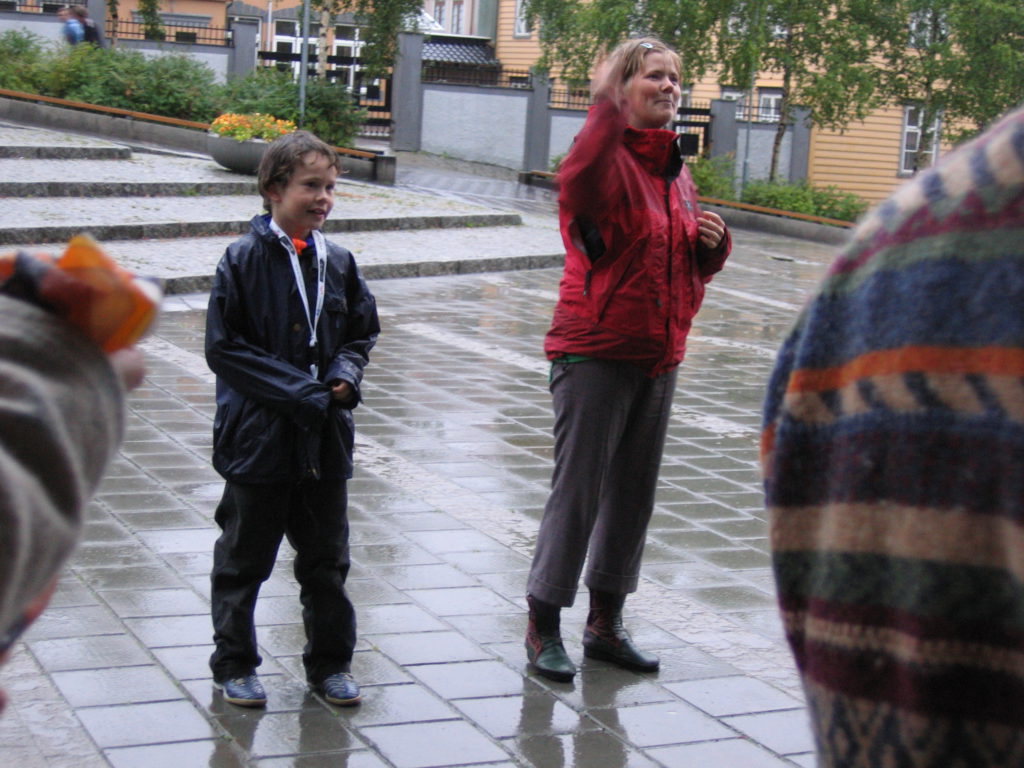 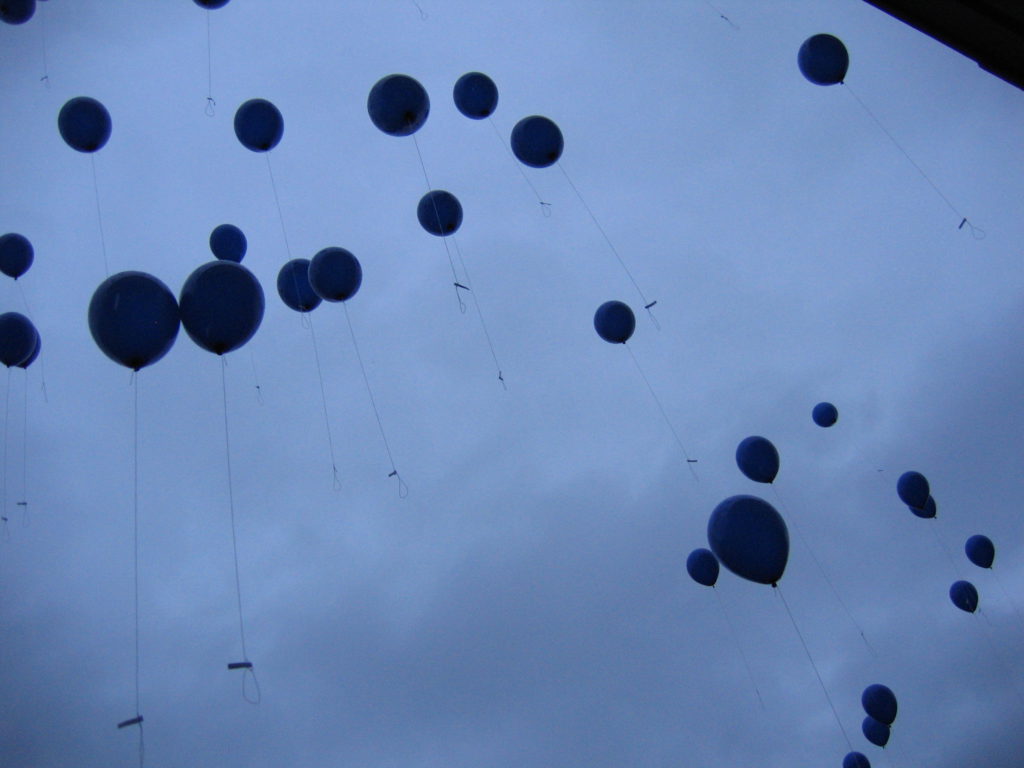 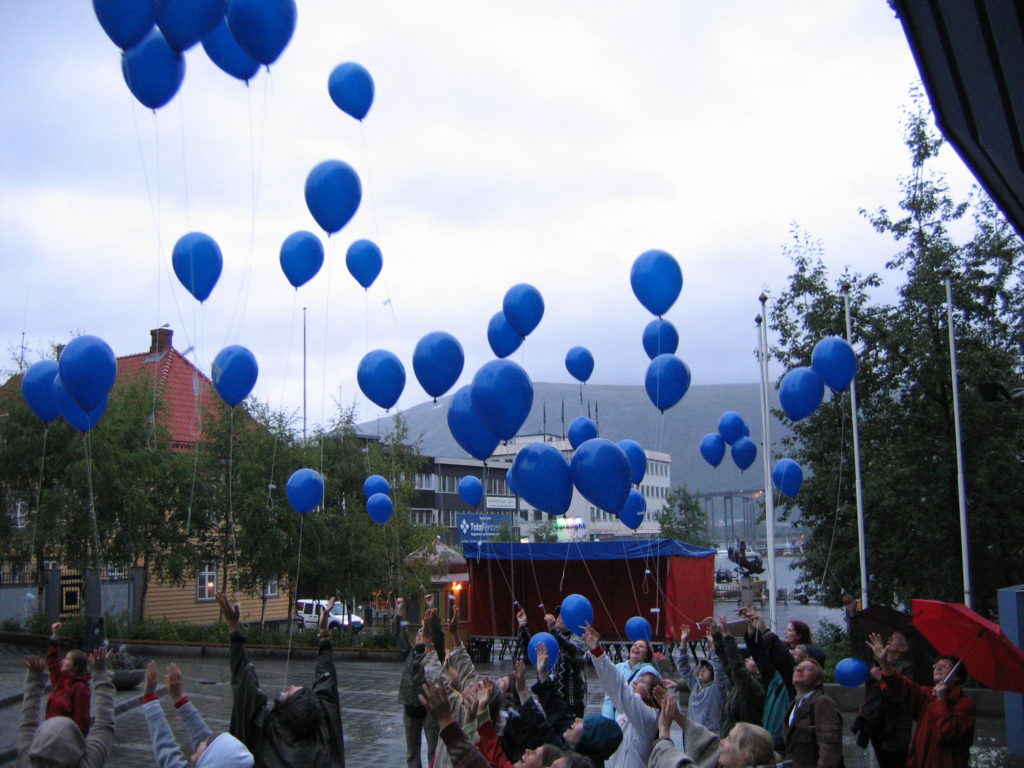 Audience got a flying lesson from a child. They got balloons, wrote their name on them and imagined that they were the balloons while all at once let go of the balloons.