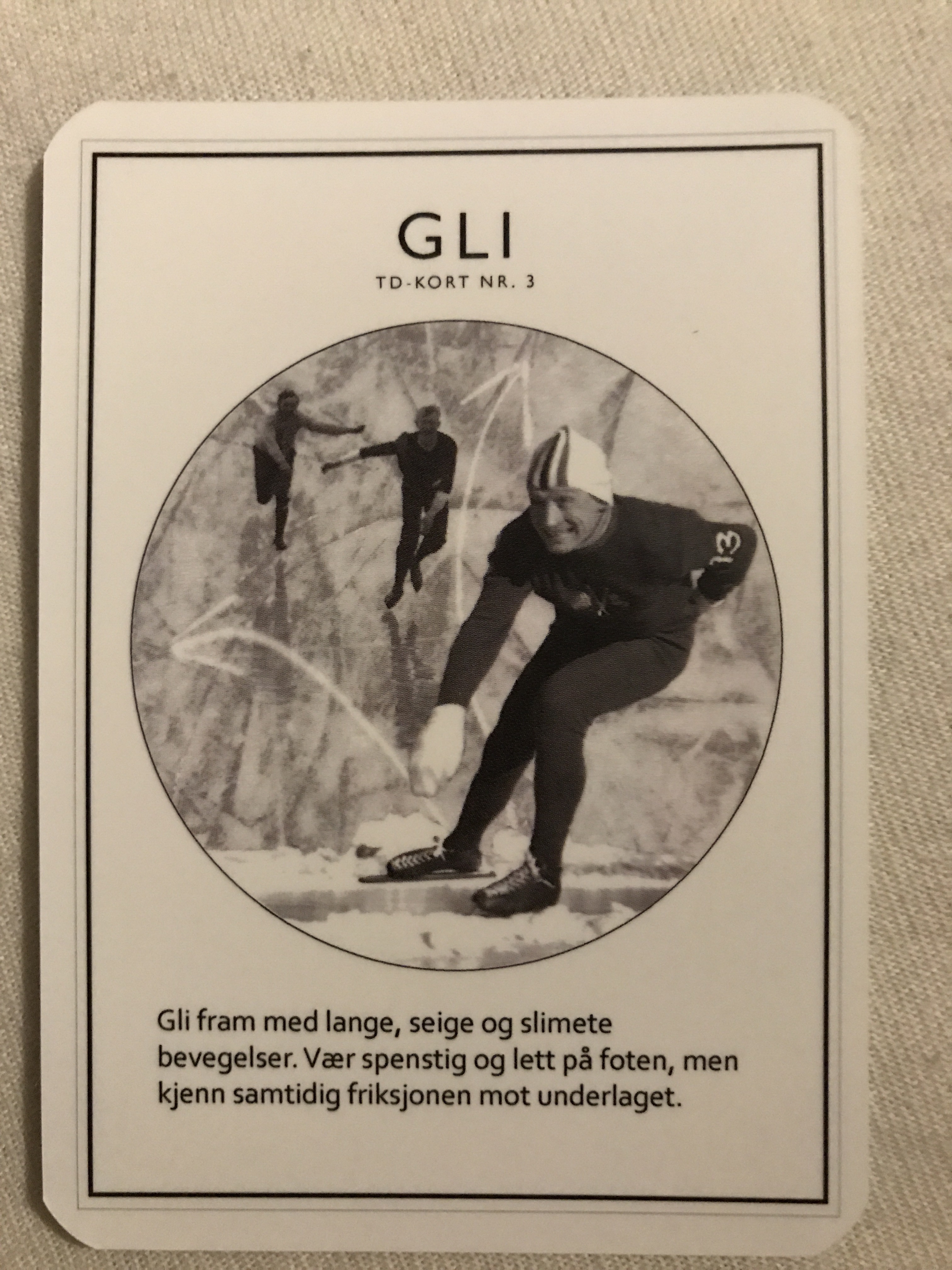 This exercise is from the dance performance project “Transporteringsdans”   by the artist Martin Slaatto. It is a deck of cards of different playfully ways of “transporting” yourself through space.

“Slide. Slide forward with long, tough and slimy movements. Be tight and light on the foot, but feel still the friction against the floor.”

I was at the Gardermoen airport, moving from one gate at the domestic terminal to another gate at the international terminal. Sliding. The movement was faster then if I was to walk normally. This time I was travelling with no kids, but I felt like a kid. Sliding, feeling the friction. After a while it started to be fun. In the beginning it was embarrassing, but I continued while I was still making sure to not be in the way for the others.

Working in the field of Live Art